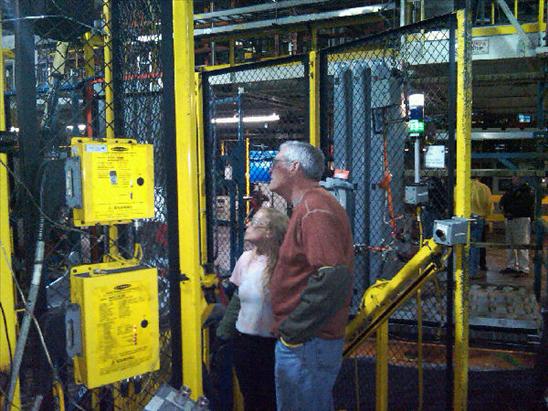 Chairman and CEO Ed Whitacre spent four hours this week at the Flint Assembly Plant visiting and talking to employees and walking the line. “I’ve been confined to the office. I just wanted to come up to Flint and see what’s here,” he said.

It was a very informal visit – Whitacre, wearing faded jeans and a casual brown pullover, passed on a formal business update and instead chose to mingle and chat with the people of the facility, saying,  “If you don’t know me and I don’t know you, it’s not good. We’re in this together.” The plant received 24 hours notice that Whitacre was coming.

The CEO, who is described by fellow coworkers as genuine and goal-oriented, listened to employees and talked about the challenges and opportunities facing GM. He also encouraged them to “step up” and take risks, saying “Nothing is going to happen if you don’t do the right thing.”

Whitacre had the following to say when it came to questions of the company’s overall viability: “we’re sitting in a pretty good position to pull this (recovery) off. Not many companies get a second chance. If people are not optimistic, we will not get it done.”

Visits from CEOs and other top executives are fairly common in most organizations. What’s interesting here is that Whitacre chose to visit the plant informally – not to wear a suit and not have an official address or presentation that’s so commonplace today. Instead, Whitacre wore regular clothes and sat in on small chats with members of the assembly team, giving us the idea that he really just wanted to get a feel for the culture and environment of the plant and its team.

Many members of the press have criticized Whitacre for not being a “car guy” – saying that he doesn’t have enough experience in the auto industry in general. If this recent visit doesn’t show that he has a deep desire to learn and understand the GM machine from the inside, I don’t know what does.

On top of that, it must feel great as a member of the assembly team to have an unfettered conversation about the company you love and adore with “the man” himself, in person, at arms’ reach. This just works to raise the workers’ spirit, confidence in GM, and motivate them to do a better job!

Most recently, the Flint assembly plant received a $21 million investment from GM to build light-duty crew-cab pick-ups starting in mid-2010. It will build these on the same line as the plant’s current manufacture of heavy-duty GM trucks.

Check out the pictures of Big Ed at the Flint Assembly Plant! 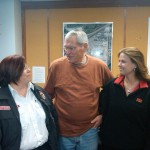 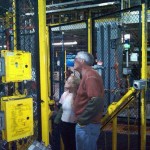 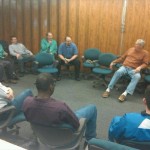 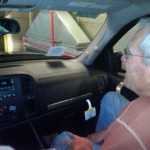 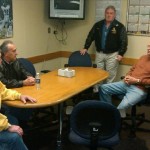