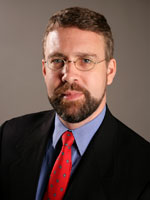 Glover will report to Chris Gubbey, president and managing director of GM Russia and CIS, and Marc Schiff, executive director of manufacturing in GM Europe. He will also continue to perform his existing duties as director of new business development and planning – reporting to Jamal El-Hout (vice president of product planning and CV operations at GM Europe).

Glover has been with GM since 1998 and has held various positions within GM Europe, as director of quality improvement in Russelsheim, Germany and in the  business planning division at GM Europe. He will replace John Hanson as managing director of GM-AVTOVAZ, who has been successfully heading up the joint venture for the past three years. Hanson will be coming back to the U.S. for a new management role in the North American International Product Center.

While sold as a Chevy, the Niva isn’t presented as part of the “official” Chevrolet lineup in Russia. Rather, it’s a legendary vehicle in the country that’s all Lada Niva in everything but name. While the exterior and interior have been completely redesigned in collaboration with Chevy, the SUV is still largely based on the first-generation Lada Niva – sharing the engine, transmission, and most mechanical elements. Compared to modern CUVs, the Chevy Niva is is a true off-roader – with increased ground clearance and a body-on-frame design – perfect for Russia’s snowy or horrible roads.

Check out the full press release after the break.

Effective December 1, 2009, Jeffrey Glover, Director, New Business Development & Planning, GM CIS, will become Managing Director of CJSC “GM-AVTOVAZ”. In his new role, he will report to Chris Gubbey, President and Managing Director of GM Russia and CIS, and Marc Schiff, Executive Director GME Manufacturing. At the same time, he will continue to perform his current duties as Director, New Business Development & Planning, GM CIS, reporting to Jamal El-Hout, Vice President GME Product Planning and CV Operations.
He has been working in the structure of General Motors since 1998. At Opel, he worked in IEMA as an Economist and Market Analyst, becoming a Manager in the department in 2000. In 2004, he transferred to Zurich to work in Business Planning for GME. In 2006, Jeff was appointed Director, GME Current Quality Improvement, based in Russelsheim, Germany and, since 2008, as been working in Moscow as Director, New Business Development & Product Planning, GM CIS.
Jeffrey Glover will replace John Hanson as Managing Director of CJSC “GM-AVTOVAZ”. John has been successfully running the JV for 3 years and will be repatriating and assuming a new management role in the North America International Product Center.