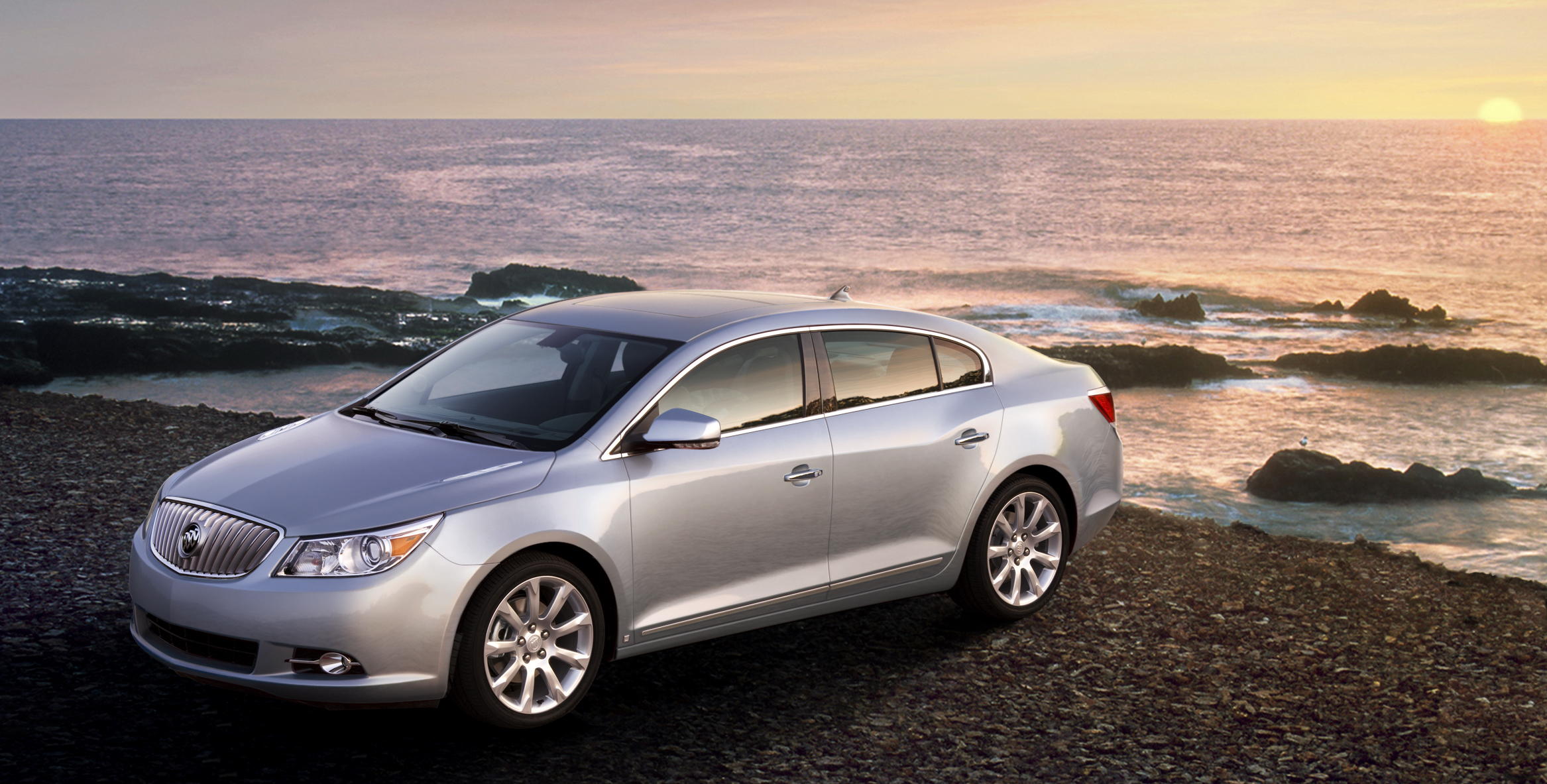 True GM fans have known this for a while, but Buick has now made it official: it will offer its 2.4L four-cylinder Ecotec in the LaCrosse CX trim early next year.

Mated to the same 6-speed gearbox as in the rest of the LaCrosse line, the 2.4L four-banger will produce 182 hp and 172 lb.-ft. of torque. Pending EPA certification, GM expects to net 30 mpg highway and 20 mpg city. Cold-start emissions are reduced by as much as 25 percent thanks to direct-injection technology.

Buick expects that a quarter of LaCrosse customers will opt for the 2.4L-equipped model, which will run for $26,995. In fact, offering the engine was mostly a no-brainer: the 2.4L is a carry-over from the upcoming Buick Regal and will lead to increased economies of scale for The General, all while contributing to meet CAFE regulations now and in the future. Currently, the Lacrosse can be purchased with two SIDI 6-cylinder engines, the 3.0L (255 hp and 217 lb.-ft. of torque) and the 3.6L (280 hp 259 lb.-ft. of torque).

This news comes in light of the all-new LaCrosse being nominated for the prestigious North American Car of the Year award.

Small engine, good numbers, and even better fuel economy: what’s not to like here? Based on my opinion of where Buick should be headed in serving the pure luxury customer, this is great news all around, since pure luxury is, well, just that – power is largely an afterthought in this market. Now if only the LaCrosse could win the NA Car of the Year… that would just be heaven.

We’ve got GM’s press release after the jump.

DETROIT — Buick will offer its LaCrosse CX model with a new fuel-efficient, direct injected Ecotec 2.4L four-cylinder engine priced at $26,995 (including $750 destination charge).  The 4-cylinder is the third engine choice in the all new 2010 Buick LaCrosse luxury sedan. Backed by a fuel-saving six-speed automatic transmission, the new powertrain combination is expected to deliver fuel economy of 30 mpg highway and 20 mpg city*– making LaCrosse one of the most fuel-efficient cars in its segment.

“We’re pleased to announce a competitive price for this new engine,” says Craig Bierley, Buick’s product marketing director.  “New customers have been attracted to the LaCrosse by its sculpted design and luxurious interior, and now the new 4-cylinder engine gives fuel-conscious customers a new choice not even offered by our competitors.”

The Ecotec 2.4L four-cylinder joins the lineup in the first quarter of 2010 as the standard engine in the LaCrosse CX. Direct injection technology helps it deliver 182 horsepower (136 kW) and 172 lb-ft. of torque (233 Nm). Buick expects about 25 percent of customers will opt for 2.4L-equipped models.

The 2.4L’s injection of fuel directly into the combustion chamber enables a higher compression ratio to increase efficiency and horsepower. That means more power is made with less fuel and lower emissions. In fact, cold-start emissions are reduced by up to 25 percent with direct injection. Engineers tuned the Ecotec 2.4L engine to deliver greater torque at lower rpm and build it smoothly toward its peak at 4,900 rpm, giving the Buick LaCrosse excellent performance in all driving conditions.

“We are working hard for each sale,” Bierley says. “And we expect the new 4-cylinder LaCrosse to help us continue to build Buick’s momentum.”