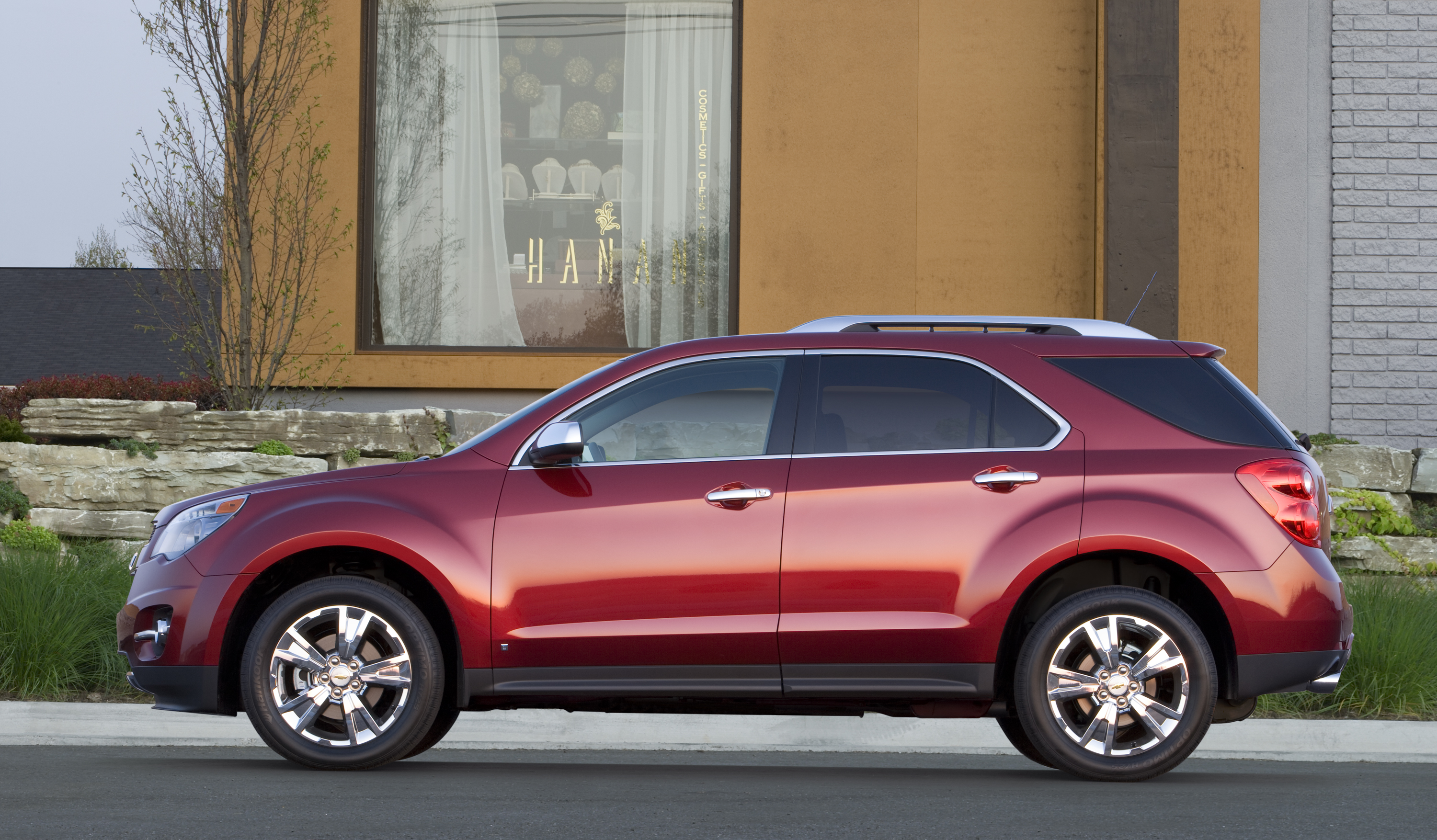 To be eligible for the award, vehicles must be “all new” or “substantially changed” from the previous model. The jury for the 17th annual competition is comprised of 49 veteran automotive journalists, who considered more than 50 vehicles for the award and narrowed it down to ten trucks.

The awards are designed to recognize the most exceptional vehicles of the year, based on criteria that includes innovation, design, safety, handling, driver satisfaction, and value for the dollar.

The Equinox has been off to a very successful introduction, with sales up 27 percent for the calendar year and up 16 percent from October to November. In fact, a third shift has been added at the CAMI assembly plant, with consumer demand outstripping supply.

For the 2010, the all-new Equinox is up against some strong competitors, including

In the past, Chevrolet vehicles have been named the North American Truck of the Year three times, with the 2007 Silverado being the most recent.

Click past the break to read about the class-leading features available in the new Equinox that are not available in its most direct competition in the compact CUV segment (such as the Ford Escape, Honda CR-V, and Toyota RAV4).
MultiFlex Rear Seat / Standard on all models

For exceptional passenger and cargo room versatility, passengers can slide the exclusive MultiFlex rear seat nearly eight inches fore and aft. With the seat moved back, Equinox offers the most rear-seat legroom in its class. Equinox accommodates 31.4 cubic feet of cargo with the seats moved up, and 63.7 cubic feet with the rear seat folded down.

The rear-door child locks on Equinox engage with a simple press of a button. The peace of mind will be appreciated by any driver who has forgotten to set manual child locks traditionally concealed on the rear-door jamb). The convenience will be appreciated by any parent who has inadvertently “trapped” friends in the back seat where children usually sit.

The rear-view camera makes it easy to watch out for bikes and other obstacles while backing out of the driveway or parking space. As a standalone feature, images are displayed in a monitor concealed in the driver’s rear-view mirror. When paired with the navigation system, images appear in the navigation screen display. An Ultrasonic Rear Parking Assist is also available on 2LT, and standard on LTZ models.

The power liftgate provides hands-free convenience for opening and closing the rear liftgate. The power liftgate can also be programmed to open to a customer-selected height – ideal for accommodating low-clearance garages or drivers of different heights.

Because kids don’t always agree on what to watch, the factory-installed system features two fold-down screens integrated into the front seatbacks. The eight inch screens can display the same DVD movie or independent sources (for example, watching a DVD on one, and a game system plugged into the other).

Using the key fob, Equinox can be started from up to 195 feet away. Equinox can idle for up to 10 minutes, while the security system keeps the vehicle locked and immobilized. On 2LT and LTZ models, an additional “smart” system can activate the climate control and optional heated seats based on the outside temperature.

Taking an important call no longer requires missing your favorite radio program or a key moment in the game. Up to 30 minutes of live radio can be recorded on Equinox equipped with the Audio System with Navigation / Infotainment package. Simply push the PAUSE button to record AM, FM or XM radio broadcasts to the system’s 40 gigabyte hard drive.

Chevrolet Wi-Fi / Available on all models

Take the productivity and entertainment of the Internet on the road with this Chevrolet Officially Licensed Product. Developed by Autonet Mobile, Chevrolet Wi-Fi turns the Equinox into a mobile Wi-Fi hotspot. Using the 3G wireless network, the system provides full Internet access in the cabin, and up to a 150 feet radius around the vehicle.