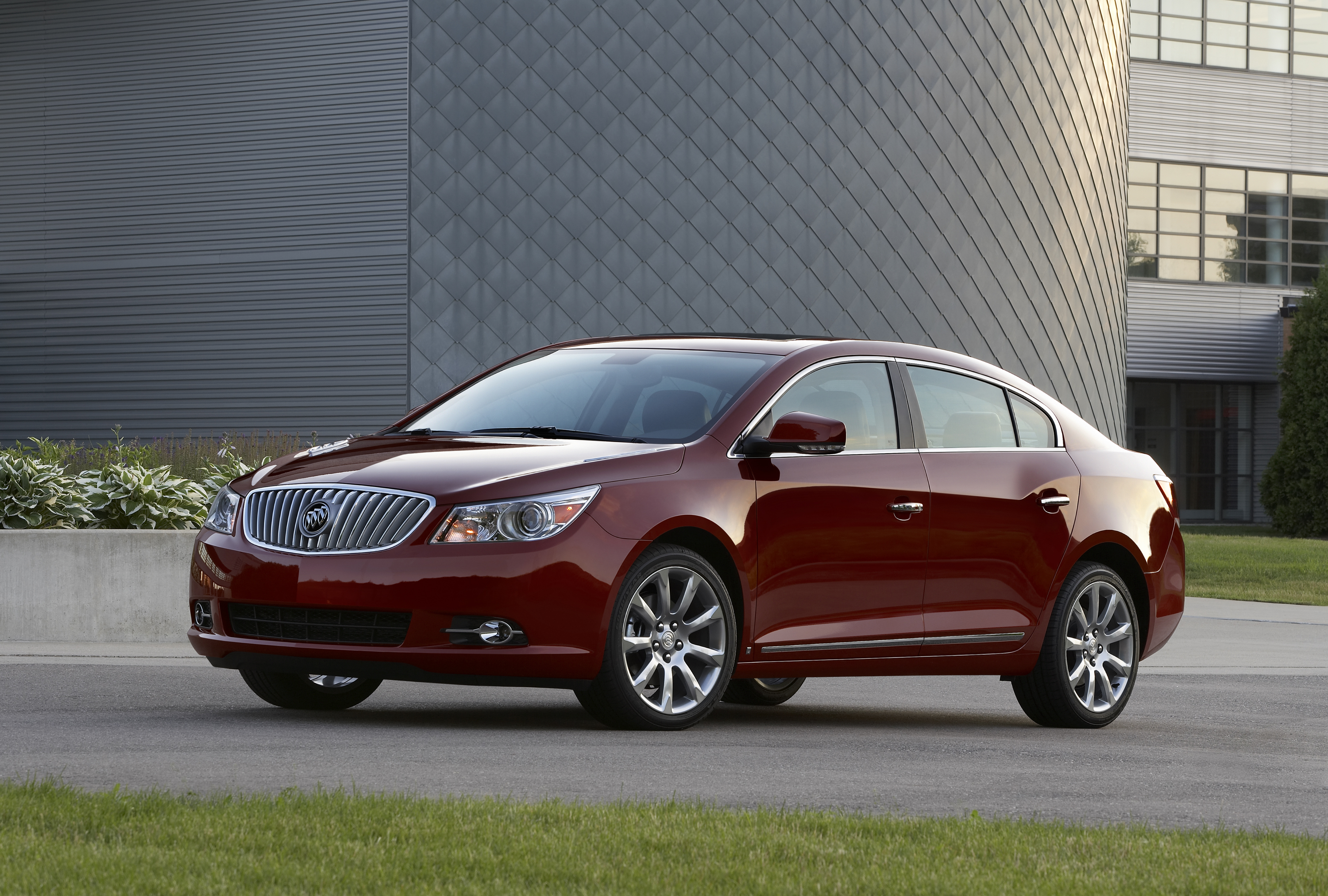 The 2010 Buick LaCrosse has been nominated for the North American Car of the Year award. It will join the 2010 Chevy Equinox and Camaro, along with the Cadillac CTS Sport Wagon (and SRX), as GM’s fifth vehicle in the contest. The winner will be announced January 11 at NAIAS.

To be eligible for the award, vehicles must be “all new” or “substantially changed” from the previous model. The jury for the 17th annual competition is comprised of 49 veteran automotive journalists who considered more than 50 vehicles for the award and narrowed it down to 16 cars.

The awards are designed to recognize the most exceptional vehicles of the year, based on criteria that includes innovation, design, safety, handling, driver satisfaction, and value for the dollar. It’s a real privilege to receive this award because “instead of being given by a single media outlet — they are given by automotive journalists from the United States and Canada who represent magazines, television, radio, newspapers and web sites.”

LaCrosse reviews by many publications have been extremely positive, including reviews written by jurists in the Car of The Year competition. Pulitzer Prize-winning auto critic Dan Neil (LA Times) wrote the following after test driving the new LaCrosse in August:

…no fair appraisal of this car can conclude anything but that the Buick is as good as or better than the Lexus in every way: It’s as dead quiet, as thoughtfully designed, as this-minute in its technology.

More importantly, the LaCrosse has been selling in great numbers, with sales up 238 percent in November compared with a year ago.

In the past, GM vehicles have been named the North American Car of the Year (NACY) eight times, more than European (four times) and Japanese (three times) competitors. Most recently, the Chevy Malibu was the 2008 NACY and the Saturn Aura was given the award in 2007. For the 2010 award, the LaCrosse is up against: