Since the demise of Saturn and Pontiac, it’s now up to Chevrolet to cater to the mainstream car buyer. On multiple occasions, GM executives have expressed plans for the bow-tie brand to take over lost sales volume from Saturn and Pontiac. And it’s about time – I’ve been a huge proponent of a single mainstream brand to face off against other full-line auto makers such as Toyota, Honda, and Ford (we can place VW here as well, to a certain extent). Having said that, GM has its work cut out for it in getting Chevrolet to a point where its product portfolio is fully competitive with the aforementioned brands.

Here’s what we know is coming for sure:

Today’s Impala is not a bad car; in fact, it’s very comfortable. The Impala has also been a surprisingly solid performer for Chevy, having sold upwards of 289,000 units in 2006 and 311,000 in 2007. The only problem is, the Impala is old, riding on the W-body platform, whose roots can be traced back to 1988. The current Impala is scheduled to continue on in its current guise through at least 2012. When it comes to a replacement vehicle, the future is a little unclear: at first, the plan was to use the RWD Zeta architecture to underpin the next-gen Impala. Since then, we’ve heard reports that the US-bound Zeta project has been shelved for all models save for the Camaro. It has been reported that the Super-Epsilon platform has been chosen to be the architecture for the next-generation Impala.

Coming in 2010 as a 2011 model year, the Aveo replacement can’t come soon enough! It’s not that the current Aveo is a terrible car, it’s just not very competitive with its rivals from Japan (Yaris, Versa) and Korea (Accent, Rio). The upcoming Aveo will use GM’s new global sub-compact platform also known as Gamma II (SCCS – Small Common Components and Systems), which was developed in Korea.

The Chevy Cruze will replace the aging Cobalt in the US and the Lacetti in international markets. As is the case with the Aveo, the present-day Cobalt isn’t a “bad” car, but it’s greatly outclassed by its competition in terms of materials, refinement, and design. As such, it can’t come soon enough to US shores. In fact, the Cruze is already available in certain International markets like Europe and Australia! The Cruze is built on GM’s new global compact platform, the Delta II, that will be shared with the upcoming Chevy Orlando and possibly a compact premium vehicle from Buick.

The Orlando is a new kind of vehicle for Chevrolet, as the auto maker has never sold something like it before (in the US, anyway). It’s an MPV (Multi Purpose Vehicle) that will compete with the Mazda 5 and Ford’s upcoming Focus C-Max. Built on a stretched Delta II platform shared with the Cruze, the Orlando will enter production in 2011 as a 2012 model-year.

More importantly, here are the models I propose to be added to the Chevy product line: 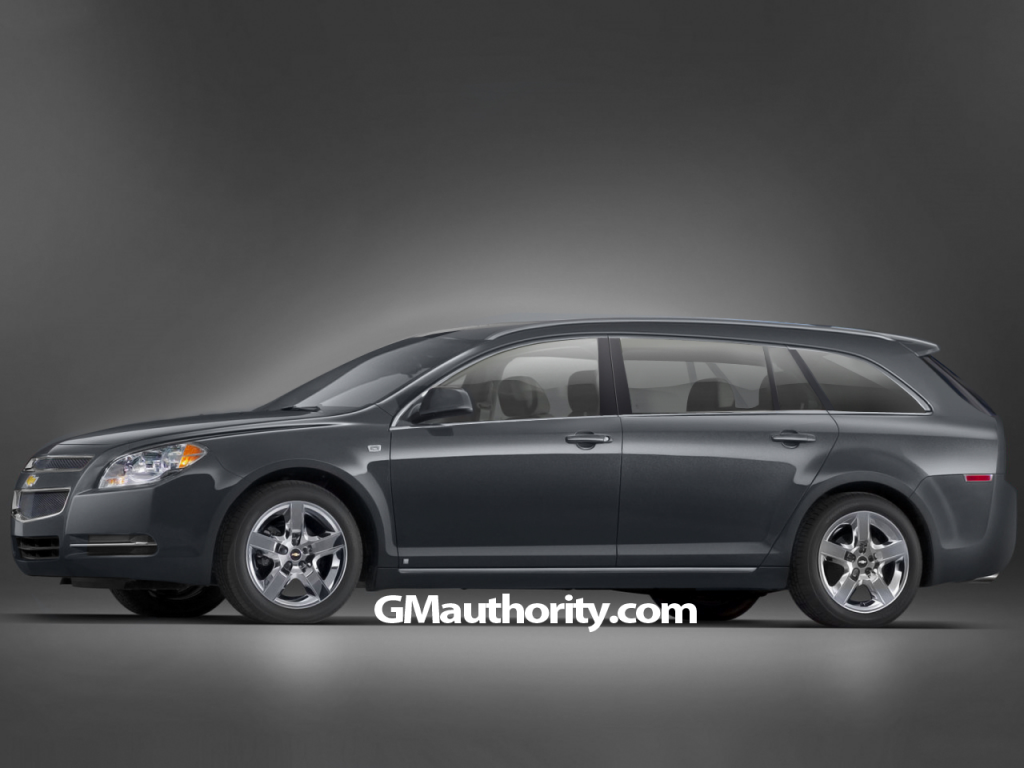 Since the ’70s and ’80s, hatchbacks and wagons haven’t had the appeal or the sales volume of traditional sedans (at least in the United States). That’s largely due to the image that the word “station wagon” brings along with it – usually something along the lines of old and unhip. In Europe, wagons and hatches are a lot more popular than they are in the US. In any case, I predict that wagons may be the next big thing here in the States: we made the transition from mini vans to SUVs and from SUVs to CUVs. Is it possible that the “big transition” in consumer buying preferences is the migration aways from CUVs and toward wagons/hatches? 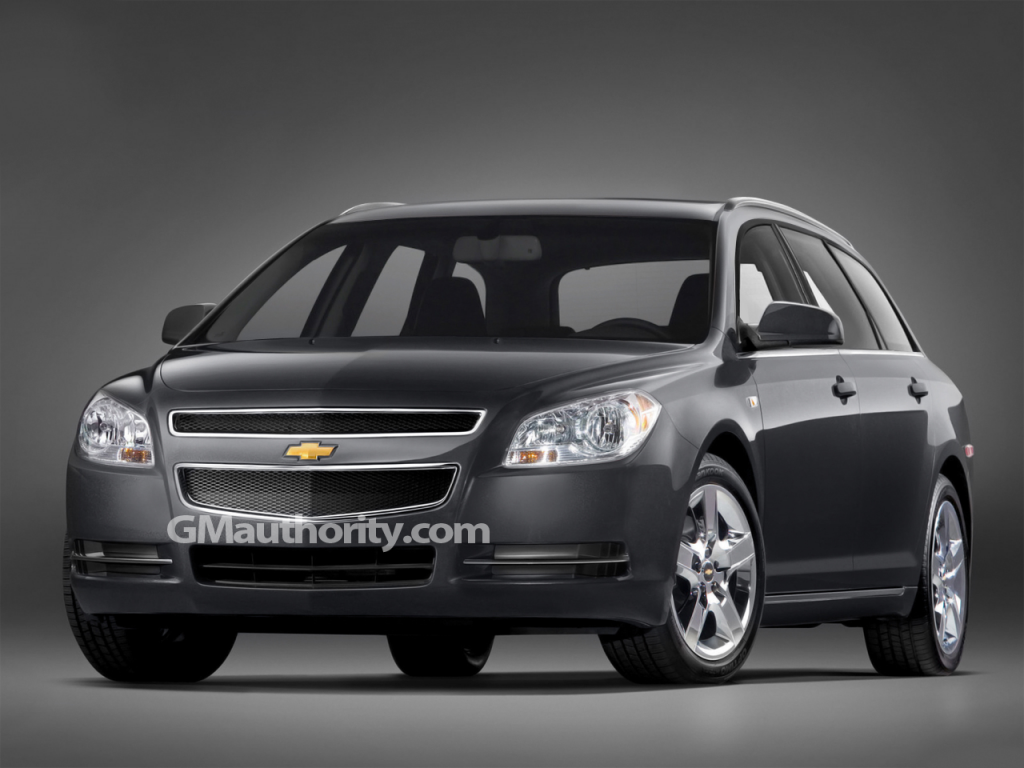 The proposed Malibu wagon would compete head-on with such vehicles as the Toyota Venza and the Honda CrossTour and would, of course, ride on the same Epsilon platform that underpins the Malibu sedan. In fact, the existence of the Toyota Venza should get the Chevrolet product development team to take notice, since Toyota’s strategy here is nothing short of brilliant: Toyota uses the same platform for the Venza as it does for the Highlander. The two vehicles are of the same length, but the Venza carries a much more sporty perception, largely because of the way it looks. In that regard, GM may consider foregoing the Malibu wagon altogether, and making a Venza-like vehicle based on the Equinox Theta platform, albeit with a sportier (sleeker) top hat (body).

If Chevrolet decides to go ahead with the proposed Malibu wagon, it would most likely debut alongside the next-generation Malibu – since that’s when Chevy’s mid-size sedan would be moved over to the newer Epsilon II architecture (the Malibu currently utilizes the first-generation Epsilon platform). 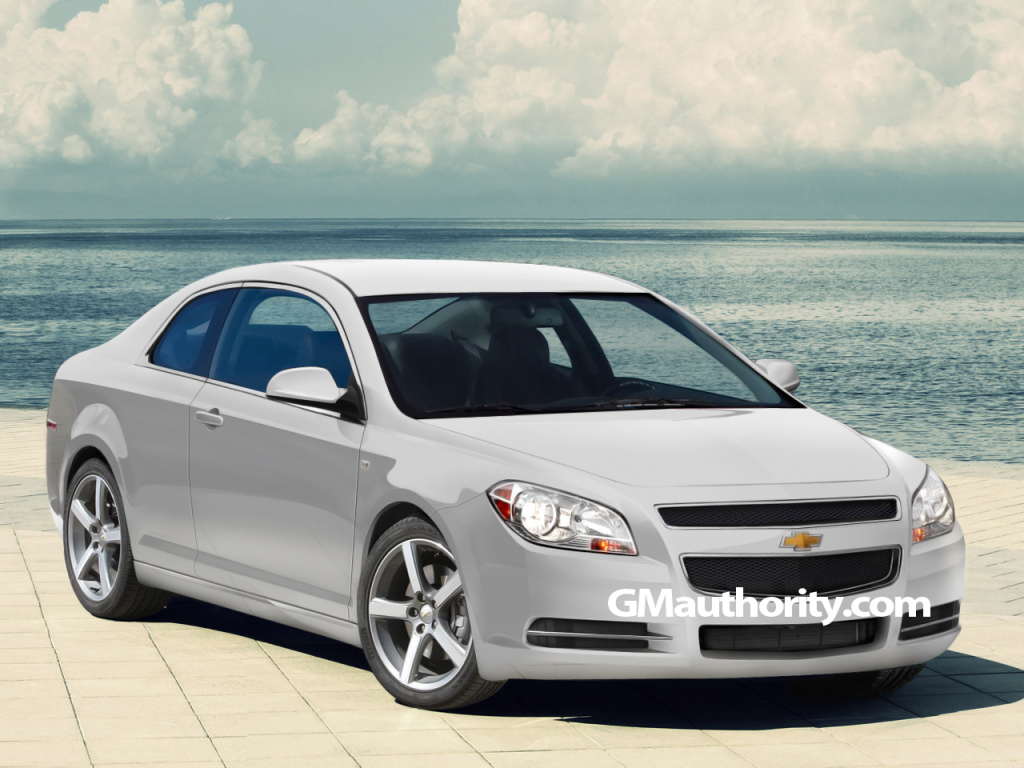 The competition’s doing it, and is doing it very well. Honda sells the Accord coupe, Toyota has the Camry Solara, and Nissan just redesigned its Altima coupe. If Japan’s big three are competing in this segment, why isn’t Chevrolet? This one’s a no-brainer, no questions asked, especially when components can be shared between the upcoming Buick coupe (Riviera?). Since the current Malibu is approaching the end of its life-cycle (along with its Epsilon I platform), the Malibu coupe will most likely show its face once the next-gen Malibu comes to market (riding on the Epsilon II). Chevy can even use the launch of the next-gen Malibu sedan to coincide with the introduction of the Malibu coupe. Think of all the advertising goodness that can come of that!

This one is just like the Malibu coupe. The competition is doing it and consumers are buying what the competition is offering. Chevrolet is losing sales and market share by not offering a compact hatch. The Cruze hatch is basically an extension of the Cruze line and will compete with such compact hatchbacks as the Toyota Matrix, Mazda 3 hatch, Hyundai Elantra Touring, and the VW SportWagen. On top of that, the Cruze hatch would be a direct replacement for the outgoing HHR and would slot in below the Orlando. Easy-peasy!

Let’s face it – a new Chevrolet isn’t exactly the brand a teenage car enthusiast aspires to own. Sure there is the Cobalt SS… But it leaves something to be desired, especially in overall refinement. In fact, the proposed Cruze 3-door hatch could prove more important to the Chevrolet brand than the Cruze hatch. Volkswagen has a loyal following worldwide with its Golf and GTI 3-door hatchbacks. These cars are a blast to drive – they handle with precision, are inexpensive, have polished interiors, and have a huge after-market community. The 3-door Cruze hatch should do the same for Chevy. Given the fact that the bow-tie brand already has two sports cars in its line-up with the Camaro and Corvette, building another fun-to-drive vehicle is something the folks at GM definitely know how to do!

I wrote about the need to have a CUV that slots in underneath the Equinox a few days ago. Since the Saturn VUE is no longer available, consumers looking for a true competitor to the RAV4, Honda CR-V, and Nissan Rogue may find the 2010 Chevy Equinox too big. In fact, the new Equinox actually competes in the mid-size CUV segment (based on its dimensions) – contending with such vehicles as the Toyota Venza, Toyota Highlander, Honda Pilot, Ford Edge, Nissan Murano, and Hyundai Veracruz (to an extent).

At this point, we know that the aging Aveo will be replaced for the 2011 model year. A 5-door hatch is coming and a sedan is a possibility. The Aveo is a sub-compact that takes on the Toyota Yaris and Nissan Versa – but it could have a three door hatch version to go against the Yaris 3-door as well as the Hyundai Accent. Moreover, the Aveo 3-door could prove to be a lucrative export to Europe as well as to developing countries around the world. In fact, the European market is more susceptible when it comes to smaller vehicles as a whole. A high-quality 3-door sub-compact would feed this desire.

We will be discussing all of this in further detail on this week’s GM Authority Podcast and would love for you to join the conversation.

Images by the talented Hakim Givens