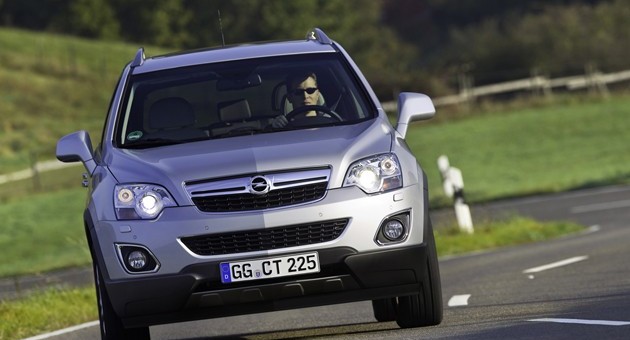 GM was supposed to name the winning bidder for Opel last Friday (August 21st). Supposed to, but didn’t. Instead, it asked the German government for more information regarding available financial aid to potential buyers. Here are the take-away points, followed by an in-depth article (if you don’t read anything else, read these):

Continue reading for more detailed coverage, including a competitive analysis of GM in Europe without Opel.

Opel is the most popular brand under the GM umbrella in Europe. It employs 25,000 workers in Germany, which represents half of GM Europe’s work force. It has hatched such models as the Opel Insignia, Vectra, and Astra, and is also responsible for much of the global platform development efforts at GM. The Epsilon, Delta, and Gamma platforms were all hatched there.

Options… and then there were two

There are two bidders for Opel: Magna International, Inc. – a Canadian auto parts giant – and RHJ International, SA. – a Belgian holding and investment company that acquires and operates businesses.

Chancellor of the German government, Angela Merkel, said last week that German government would provide funding of $6.4 billion in loans to Opel given that GM accepts the bid from Magna. This is due in part to the fact that Magna has promised to retain a big portion of Opel jobs in Germany.

GM’s management gave in to political pressure from Germany last week and recommended Magna’s bid to its board. The board rejected this bid, citing concerns of giving away company information and patents to Russian automobile manufacturers (via Sberbank’s involvement with Magna). In that regard, GM prefers RHJ and wants to know how much RHJ would get in financial assistance in the case that it’s chosen to buy Opel. The German government did not provide any financial aid information regarding this possibility.

No matter which company turns out to be the winning bidder for Opel, it is important to note that GM’s plan could include a buy-back option. This would make sense for RHJ rather than Magna, since the Belgian company is an investment company at its core and probably has no interest in running the car operation in the long term.

GM’s chief negotiator, John Smith, has traveled to Berlin in the middle of the week and briefed German officials on The General’s options for Opel. He describes the RHJ bid as being simpler and easier to implement than that of Magna. We will cover the details of the meetings as more details become available.

Opel’s future has become a full fledged political issue in Germany, in light of national elections that are scheduled to take place on September 27. The German government went so far as to call on the U.S. government to get GM to make a decision sooner rather than later regarding the fate of the car maker. This move, in and of itself suggests the intensity and intricacy of the relationships between Opel, politicians, labor, and the upcoming elections in Germany. The White House said that it would not get directly involved in Opel discussions, although President Obama has conversed about the issue with Ms. Merkel. The President maintains the position that “decisions made about the day-to-day operations at General Motors should be made by the folks at General Motors,” White House spokesman Bill Burton said Monday.

How would the General Motors line-up look like in Europe without Opel?

Let’s assume that GM reaches a deal with either Magna or RHJ and sells Opel to either one. How would GM’s European product portfolio fare against the competition? The Chevrolet and Cadillac brands are available in most parts of Europe, while model availability varies from country to country, as do prices. Therefore, it is somewhat difficult to put together a complete model range for the geographic region. Nevertheless, here is a brief overview of what GM offers in Europe today, along with class competition for better context.

Without Opel, the GM lineup remains competitive. However, it has the potential to be much more competitive. I will be taking a more in-depth look at the “GM Europe without Opel” line-up in a future post.

Besides the two bids GM has received for Opel, there are rumors of a third possibility: to bankrupt the European car maker. This would mean that GM would end up holding on to Opel, which would require about $4.3 billion, according to latest estimates. Doing this was not part of GM’s bankruptcy proceedings in U.S. court or its $50 billion loan from the Treasury Department. In fact, the Treasury has the power to block any GM transaction of $100 million or more as a condition of that loan.

Time will tell what will happen to Opel… in this humble blogger’s opinion, GM would be just fine without it.